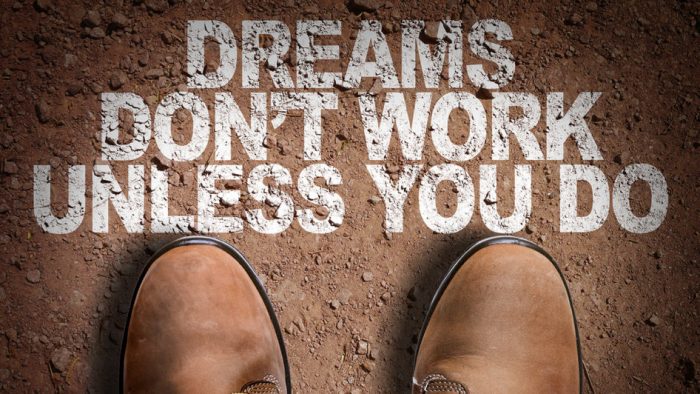 How many times we applied to a job offer and we think we are perfect for it and then they reject us?

How many advances and overcome that obstacle?

I’m going to tell you about my experience looking for a job as a software developer.

Back in 2012, i was a technical support, I think this is the gateway to start in the IT world.

I had 5 years in this position and I already wanted to experience new things,

and let’s be honest, I wanted to earn more money.

That was where I started to investigate .NET and its C# language, I started doing online courses until I did my first “Hello world”, I did it on the console … but I did it.

So I already considered myself a programmer and I started applying for positions.

I applied to 15 or 20 positions, seriously, there were many, maybe more.

They all asked me for experience and rejected me, but I kept trying because it was what I wanted to do, be a software developer.

After many attempts, I had taken vacations where I worked to focus better on what I wanted to achieve and to be able to attend different interviews.

During this vacation they called me from a very important company in my country and they gave me the opportunity.

Thanks God, after a couple of months of searching I found a position of Web Application Developer.

There I was developing and learning new techniques that are only seen in the real world, you will never see it in books.

That’s the importance of working on what you are learning, no matter what they pay you, at the beginning you always have to sacrifice the monetary part to be able to grow professionally, we will see more of this in another deeper post.

After this, i met Xamarin and started making super simple applications with others people techniques, I tell you all this, so that you could see that you always have to start by yourself in what you want to develop, have a lot of faith and believe in yourself, you have to bet to you.

As time went by, I surrounded myself with people who knew more than me in the Xamarin world,

I was already focused on Xamarin and had decided that this was going to be what I was going to do, so, guess what i did?

I started looking for a job in Xamarin, because as I said before,

if you want to learn something, you have to get into the real world, to learn what the books don’t tells you.

I applied to several positions,

they rejected me in all, but after each one I always read about the topics in which I was lazy.

this was perfect for me, because I already had family commitments and could not sacrifice much of the money,

so, being on this part time and remote position, allowed me to stay in my old job.

We are already talking about the year 2017, I was already working full time web, with Xamarin part time and learning every day.

Finally, a Full-time opportunity presented itself,

a foreign company with such an offer, the vacancy of any developer’s dreams, and guess what? I applied;

After 3 interviews (even with the CEO), they rejected me.

I was frustrated, defeated and disappointed in myself, but that lasted me for 2 days.

After those two days I raised my head up and started thinking about where did I fail and took notes on those items.

The following weeks I started investing in myself, to raise my level up.

I enrolled in English classes, because I was lazy and in to Xamarin University, to improve my knowledge.

There I became a mobile developer in about 5 or 6 months and that’s how I grew professionally.

After that bitter moment of having been rejected from the job of my dreams, when life presented me another opportunity, i had to be prepared.

That day arrived, a foreign company, with offices in my country, a year later hired me to work Full time as Xamarin developer.

After that, I switched to another job that has also helped me continue growing professionally and I have already been on independent projects too.

So, my friend, if you think that because you have been rejected 1,2,3,4 … times, the world is going to fall and you are not going to make it, YOU ARE WRONG,

you must to see each of those rejections  as a growth opportunity  and learn,

To be prepared for the next time that life gives you another chance.

Take notes of where you could possibly have failed and so not do it again, that’s the key.

God bless you all very much.